The Seventh Fire is an immersive audio performance by Lisa C. Ravensbergen that sources traditional, oral Anishinaabe stories and societal roles as a way to evoke ceremony in the everyday. The Seventh Fire takes place in the present, past, and future, and above and below the earth, as sisters Daanis and Nimise, and grandmother Nokomis reach through time and space to be together. Using Lobe Studio’s unique and powerful 4D Sound System, The Seventh Fire is an immersive and transportive audio experience that uses sound as a portal to the worlds of ancestors, spirit, and earth. Through these portals, we hope to offer participants a way to connect with the Medicine that lives within all of us, as we co-dream a Future we all need.

This piece is being created for the Lobe Studio, the first dedicated spatial sound studio in North America to work with a permanently integrated 4DSOUND system.  We are so excited to partner with Lobe, which allows us to fully explore Lisa’s vision for The Seventh Fire and lets Mishelle and Debbie create a truly immersive audio ceremony experience. Hands raised to Ian Wyatt for his technical assistance and creative contributions at the Lobe. 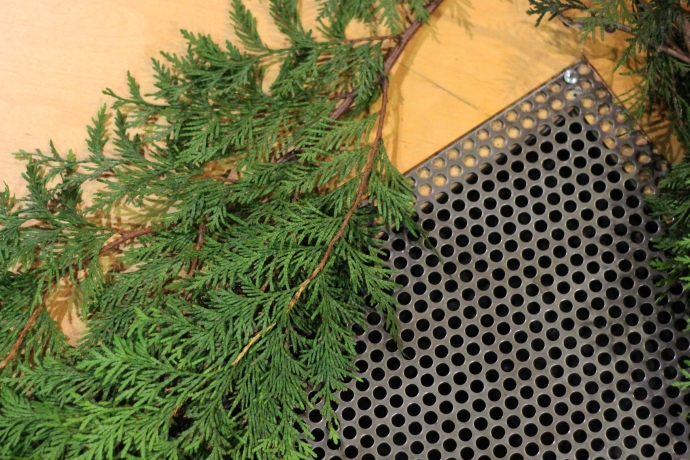 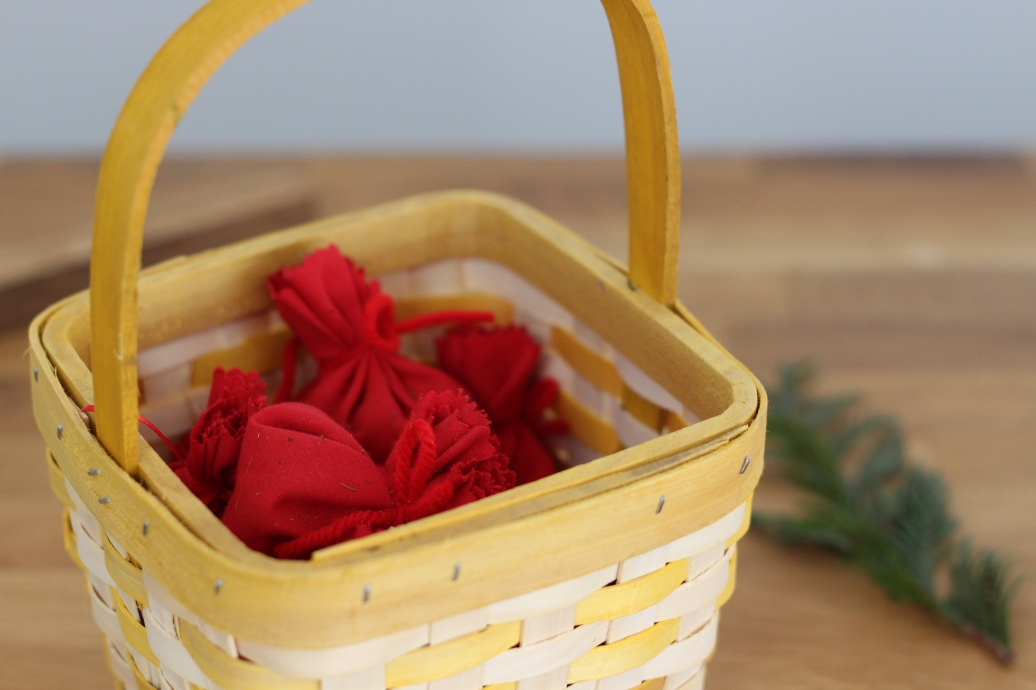 The mere existence of my work as an Indigenous artist has contributed to a culturally derived practice that has not historically been taught by the academy. My interests demand that Indigenous realities merge with, intersect, and dissect the ‘progressive’ but often transgressive, artistic form of what we call mainstream theatre. Rooted in instinctive, embodied work, I have been merging colonial artistic forms of theatre and dance to reflect my sensibilities as an urban feminist twenty-first century woman of mixed, Indigenous ancestry. As personal as they are, the pieces I’ve been writing, creating, dramaturging, directing, and collaborating on are ancient, culturally connected stories. They explore the things we cannot bear but carry anyway; the journey back to self and community; the spiritual relationship to a loss of identity; prophecies and faith; peace. Their unique hybridity is informed by cross-cultural collaboration and communities within a national context. The intersectionality of my work has relied on its interdisciplinary nature. I never claim to know what a piece will be because I am more interested in what it might be.

Perhaps unsurprisingly, my body of work has failed to perpetuate the myth of Euro-narrative superiority. In fact, it defies colonization’s ownership on my creative will. I defy its objective to define for me, my sense of self. I defy it by enacting ancestral knowledge in my mind and heart, translated through my artistic work. For me, this recalcitrance becomes performance— a performance that defies a narrative that for generations has invisibilized us… me. The energy of this conflict ultimately decolonizes what some might call the heart of theatre: dramatic action. When I perform, critique, support, or author works for the stage, I am not just revealing who we were or portraying ideals of who I am/we are, I am embodying where we are in the story. I become a bookmark in revising (his)story. I, along with others, give voice to those who have been silenced and in turn, silence those who have been speaking for [us for] far too long, on and off stage.

Lisa Cooke Ravensbergen is a tawny mix of Ojibwe/Swampy Cree and English/Irish. She is a mother, multihyphenate theatre artist and scholar working across Turtle Island as a performer, play-maker, director, writer, dramaturge, curator, space-holder, and teacher. Her work is rooted in Indigenous protocol, ontologies, and anti-colonial methodologies and is recognized nationally and internationally for its rigour and artistic excellence. Lisa is an Associate Artist with Full Circle: First Nations Performance and Playwright-in-Residence with Delinquent Theatre. Most recently, she founded the Maada’oonidiwag Canadian Anti-Racist Theatre Exchange, an IBPOC-centred resistance and anti-racist mobilization that focuses on disrupting the colonial project called ‘Canadian theatre.’ As the next generation of colonial survivors, Lisa is currently raising her family on the occupied and unceded territories of the Sḵwx̱wú7mesh, Səl̓ílwətaʔ/Selilwitulh, and xʷməθkʷəy̓əm Nations. 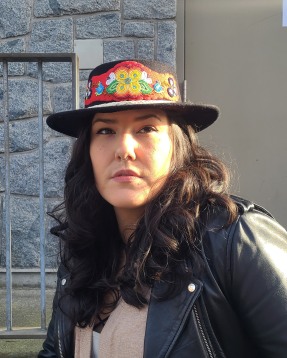 The support provided by this project goes beyond financial buttress, and truly feeds my spiritual health. Being a part of this project grounds me in my humanity, and creates a sense of security that I have not experienced in any other projects. I offer my experiences as a Technical Director specialized in audio recording for the creation of this project, and offer my support in actualizing the world in which Lisa has imagined.  Seventh Fire is a perfect blend of auditory augmentation, Anishinaabe legend and orality. This piece blends Anishinaabe understandings through the lessons the Coast Salish relationships to land and water, which speaks loudly to my own experience. I have been displaced from my traditional territory due to a family history of poverty and violence. Due to this, I have made homes in Blackfoot and Coast Salish Territories my entire life.

The pace set by the leadership has allowed room to embrace my own cultural understanding while being surrounded by other Indigenous women that acts as a reminder of our ways of life, despite living separate from the land. Seventh Fire breathes love and peace into the stories of the sisters’ growth as spiritual beings and their positionality in Indigenous and colonial spaces. Being a part of a project has acted as the conduit to my own culture. I truly believe the medium will deepen a greater understanding of land based relationships made accessible to both Indigenous, and non-indigenous audiences.

Debbie Courchene is an Anishinaabe ikwe storyteller with family ties to Sagkeeng Nation and Rolling River, Manitoba. She is an active member in numerous Indigenous communities, and has spent a decade living and working in several provinces throughout Canada. As a storyteller, Debbie aims to empower other Indigenous people to stand tall in expressing their experiences while navigating the complex cultural and political interactions between Canada and Indigenous Peoples. She aims to support the innovation of Indigenous storytelling by focusing on the joy and celebration of Indigenous experiences. She expresses advocacy by creating inclusive, and informative spaces for people in the Arts, and has shown passion for creating spaces that include Indigenous, Black, POC and LGBTQ2 communities. Recent works include producing IndigE-girl Comedy Fest, a Indigenous lead comedy workshop aimed to hone the skills of comedy for Indigenous women. She has produced works for National Arts Centre & Delinquent Theatre called Auntie in da Woods, and has worked as a Technical Director for Radical Art Systems (Moment of Isolation), Delinquent Theatre (Seventh Fire – by Lisa C. Ravensbergen),  Boca Del Lupo (Iron Peggy – by Marie Claments), Rumble Theatre (Tremors 2018, 2020), Vancouver Moving Theatre (Weaving Reconciliation: Our Way – By Renae Morriseau). 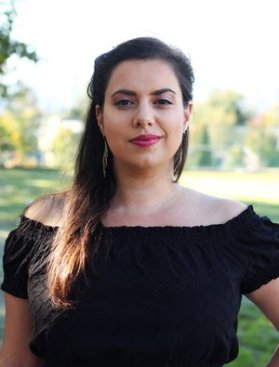 Seventh Fire is an incredible opportunity for me to collaborate and contribute in a meaningful way with the Indigenous creative leads in the room. In addition to the technical and design skills that I bring to this project, I have also prioritized inter-national collaboration in of my artistic practice, and aim to offer a nuanced ability to communicate reciprocally with artists who don’t share my lived experience. As a sound artist and composer, I am continually learning about ethical audio creation and the complexities of working within a form that has a long history of appropriation and gatekeeping.

As a white, Jewish woman who has lived on Coast Salish territory my entire life, it feels rare and significant to be in a room led by matriarchal voices. Technical audio creation and design continues to be heavily dominated by men, and The Seventh Fire continues to be a space wherein marginalized voices have the floor.

Mishelle Cuttler is a composer and sound designer living and working on unceded Coast Salish territory. Her work is centred around the integration of sound, music, and storytelling. With a foundation in scoring and sound design for live theatre, Mishelle works across various platforms with a particular focus on cross-disciplinary collaboration. In the past season she has worked with companies such as Bard on the Beach, Neworld, Citadel Theatre, Arts Club Theatre, and rice & beans theatre. She has an MFA in Musical Theatre Composition from NYU’s Tisch School of the Arts, and a BFA in Acting from UBC.

I am a British-born Canadian, raised on the unceded land of the Coast Salish people. As a theatre creator and producer with Delinquent Theatre I am interested and committed to developing ways of working that challenge the traditional models that have been the default of western theatre for so long. I first became interested in this idea of new ways of creating while completing my masters in directing at the Bristol Old Vic Theatre School, and when I first met Lisa and heard her vision for The Seventh Fire I knew that this project demanded we embrace a non-hierarchical structure. I am passionate about creating and facilitating a space where Lisa can tell this story on her terms. As a non-Indigenous participant in the room I am aware that while my ears can be useful they are not always the most important, and that’s okay.

Laura McLean is a Jessie Award winning director and producer. She’s directed with Pacific Theatre, Rumble Theatre, Arts Club Theatre, Bard on the Beach, United Players, Birmingham Repertory, and the Bristol Old Vic. Laura is the co-founder and co-Artistic Producer of Delinquent Theatre. Previous credits with Delinquent Theatre include: Never the Last, STATIONARY: a recession era musical, & Our Time. She has her BFA in Theatre from UBC and her Masters in Directing from the Bristol Old Vic Theatre School.

Collaborating with Lisa on The Seventh Fire has been one of the most incredible artistic experiences of my life. Intercultural collaboration is not easy – it is often fraught, it is challenging and delicate, and our artistic field is littered with attempts at this work that ends in harm and hurt. Lisa’s incredible generosity and the work of years of building trust and camaraderie between us has created a space where we are equipped and empowered to support her work in a meaningful and profound way. Over the years, I’ve gotten to know Lisa and The Seventh Fire very well – my work as a collaborating dramaturg is to acquire and provide resources, to ask questions and support Lisa’s vision in living as clearly in the world as she wants it to (and for whom she wants it to), and to hold space for the powerful artists that are creating The Seventh Fire. As a white artist of mixed Mexican-American, Dutch and British heritage, this project asks me to step into the Grandmother Teachings of Humility and Courage – humility to step into an Indigenous space where I don’t hold the answers, and courage to collectively imagine a world in which this kind of sharing is both sacred and normalized.

Christine Quintana is a theatre artist living and working on the unceded lands of the Musqueam, Squamish, and Tsleil-Waututh people. Creation highlights include Clean/Espejos (with Spanish translation and adaptation by Paula Zelaya Cervantes, Neworld Theatre and South Coast Repertory), Never The Last (co-created with Molly MacKinnon), Selfie (commissioned by Théâtre la Seizième in French, and Young People’s Theatre in English); Good Things To Do (rEvolver Festival and FoldA), and upcoming commissions from the Arts Club Theatre Company and Belfry Theatre. She’s the winner of a Dora Award, Jessie Award, Tom Hendry Award, and Siminovitch Protegee Prize, and is a Governor General’s Award nominee.  Christine is a proud co-founding member of the Canadian Latinx Theatre Artist Coalition. She holds a BFA in Acting from the University of British Columbia.

The Seventh Fire is dedicated to Eileen Deborah Cooke and to all mothers who carry us.

In memoriam and with gratitude to Sophie Merasty who shared her gifts and her heart with us in our workshop process. She is loved and missed.